Everyone thinks they can tell a small dog just by looking at it, but there’s actually a definition of a small breed dog. It’s a dog that weighs less than 22 pounds and stands less than 16 inches at the shoulder, which means that though all toy or companion dogs are small breed dogs, not all small breed dogs are toys. The venerable beagle, considered a hunting dog, stands between 13 and 16 inches high and can weigh considerably less than 22 pounds. Still, the advantages of having a smaller breed of dog are many. Among other things, they take up less space and may be amendable to apartment living. They don’t eat as much, and they tend to live longer than larger breeds. Here are some breeds to consider:

Toy or companion dogs are often at the top of the list of the cutest dog breeds.  Many small breed dogs are bred exclusively to be pampered pets.

Bichon Frise
This tiny, playful dog looks like it is made out of cotton balls, especially when its pure white fur is trimmed. The fluffiness is cause by the dog’s double coat, which is soft and silky. This dog originated in the 15th century and was raised to be a companion to Spanish royalty. It stands between 9 and 12 inches at the shoulder and weighs only 7 to 12 pounds. 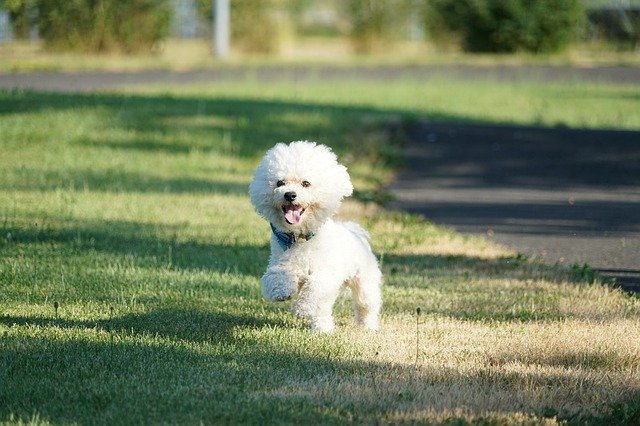 Maltese
This sweet little dog has its origins on the isle of Malta as far back as 500 BC. In the meantime, a bit of Bichon stock has probably contributed to its pure white coat, which, in contrast to the bichon’s, is long and silken. It has huge black eyes, stands only 10 inches at the shoulder and weighs between 4 and 6 pounds. As delicate as it looks the Maltese was once renown as a killer of rats. 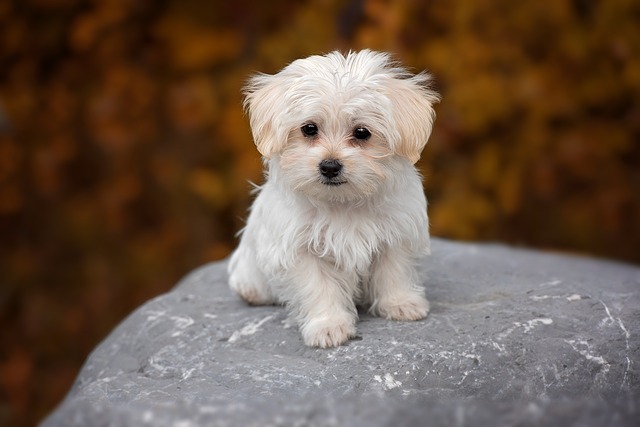 Japanese Spitz
This little dog has a bright, foxy look about it. As a spitz, its tail curls over its back and like the Maltese and Bichon frise it has a pure white coat including a copious mane that falls down its sides. This dog stands 12 to 14 inches high and weighs between 11 and 13 pounds.

Pug
This dog is famous for its squashed in, sad face even though it is a happy and affectionate pet. It has a little tail that curls tightly over its back and a boxy build that recalls a bulldog. This dog originated in China in the 16th century and is long-lived even for a small dog. It can live as long as 15 years. It stands 10 to 11 inches high and weighs between 14 and 18 pounds.

Shipperke
This little black dog with the ruff around its neck and vulpine features originated in Belgium in the 16th century. It was a guard dog on barges, and its name is Flemish for “little bargeman.” It is loyal, smart and alert and is unusual in that it’s born without a tail. The shipperke stands 10 to 13 inches high and weighs between 12 and 16 pounds.

Some people might assume that smaller dogs are just right for young children, but this isn’t always the case. Some breeds may be too nervous or high strung to be around rambunctious children all the time. However, there are small breeds where the rough and tumble of young kids is just the thing. Here are some of the best small breed dogs for kids:

Maltese
This dog is not only beautiful, it is playful and loyal. Its lovely coat needs to be brushed every day, and that can be a task shared by older kids as well as parents.

French Bulldog
Another ugly/cute dog with a squashed in face, the French bulldog is lively and loves to be with its people, including little people. Because they’re built like little tanks with ears like a bat’s, French bulldogs enjoy a bit of roughhousing. The dog stands 12 inches at the shoulder and weighs between 22 and 28 pounds. 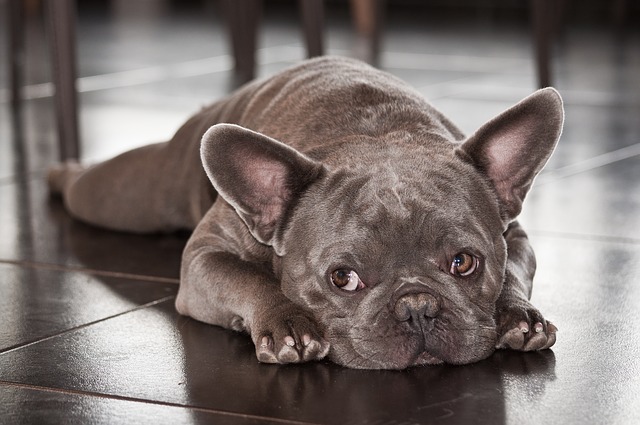 Cavalier King Charles Spaniel
This pretty little dog with its floppy, feathered ears and long coat is a fairly recent breed, as it was developed in Great Britain in the 1920s. It is indeed an iteration of the regular King Charles spaniel, which has been around since the 1600s. In this case, the Cavalier has a longer nose and a more robust frame and loves nothing more than to run around and play. It stands 12 to13 inches high and weighs between 10 and 18 pounds.

Yorkshire Terrier
Yorkie’s are tiny, but they make up for their small size with their big personality. It is, indeed, a terrier, bred for hunting rats and driving sheep by the miners of West Riding in Yorkshire. It has a wondrously silky coat of steel blue on the back and tan at the front and around the legs. If the coat is allowed to grow it can cover the little dog’s feet, so like the Maltese daily grooming is a must. This pooch stands only 9 inches high and weighs less than 7 pounds.

Beagle
A few years back, a beagle was named Best of Show at the Westminster Dog Show, and no wonder. These sturdy, happy, bright and sociable dogs are also hunting dogs — in this case, they were bred to hunt rabbits, a sport known as beagling — and so love to be in the midst of a family full of active children.

Brussels Griffon
This sweet natured little terrier with its large round head and walrus whiskers is loyal, loving and lovable. They love to obey, and they also love to play, especially with children. On the other hand, they are just as happy to sit quietly at their humans’ feet. It’s a tiny dog, about 7 to 8 inches high, and weighs between 6 and 12 pounds.

Small Breed Dogs That Don’t Shed
Allergies caused by pet dander are a frustration for people who long to have a dog. The good news is that there are a lot of breeds that don’t shed, even if they have a coat that’s curly, harsh, silky, long, short and dense. Here are a few:

Miniature Schnauzer
These small dogs, with their narrow heads and beards and whiskers, look like wise old prophets, be they male or female. Despite this, the miniature schnauzer is one of the small breed dogs that don’t shed, which makes them just right for folks with allergies.

Basenji
This is a type of hound with a worried look and a curly tail. Besides the fact that it sheds very lightly and has a short coat that doesn’t need pampering, the Basenji doesn’t bark. Instead, it yodels if it makes any noise at all. Despite its look, it’s an affectionate pet that likes leafy green vegetables. It stands 16 to 17 inches high and weighs between 21 and 24 pounds.

Poodle
The poodle is the gold standard for a non-shedding, hypoallergenic dog. Breeders selected for a dense coat that was waterproof, a brain that was intelligent and easy to train and a disposition that was lively and ready for anything. The miniature poodle stands 11 to 15 inches at the shoulder and weighs between 26 and 30 pounds, while the toy poodle stands 10 to 11 inches high and weighs about 15 pounds.

Bichon Frise
Despite the cotton candy appearance, the vivacious Bichon Frise doesn’t shed, even though its coat does need daily grooming.

Scottish Terrier
This confident and fearless little dog is unmistakable. It not only has a beard but long expressive eyebrows on a long head. The coat is wiry and weather resistant, which is perfect for a dog bred to go to ground. The Scottie stands 10 to 11 inches high and weighs 19 to 23 pounds.

Bolognese
This is another little dog with a fluffy white coat that doesn’t shed, even though it too needs to be brushed and groomed daily. The Bolognese originated in Italy in the 13th century and has some bichon heritage. It loves nothing more than to cuddle with its person. At 10 to 12 inches high and 5 1/2 to 9 pounds, it’s a perfect lap dog.

Lhasa Apso
This dog originated in Tibet and sports a beautiful coat of long, somewhat coarse fur that doesn’t shed but does require some care. Despite its size and because of its excellent sense of hearing, the Lhasa Apso makes a fabulous watchdog.

Mexican Hairless
Of all the small breed dogs that don’t shed, the Mexican Hairless doesn’t shed because it can’t. It looks rather like a tiny, naked greyhound. The dog was used by the Aztecs as a bed warmer and sometimes as a sacrifice. It stands 11 to 12 inches at the shoulder and weighs 9 to 18 pounds. Some dogs may have a tiny bit of hair on top of their head.

Miniature Dachshund
This “sausage dog” is unmistakable with its very short legs and very long back. It can be smooth haired, wire haired with a beard or long haired with luxurious feathering on the legs, tail and chest. A rather head strong dog that thrives on activity, the miniature dachshund is 5 to 9 inches tall and weighs 9 to 10 pounds.

Pembroke Welsh Corgi
Corgis are associated with the Queen, and like the dachshund they have short legs and a long back. Its stumpy tail differentiates the Pembroke from the Cardigan Welsh corgi, whose tail is long. Corgis are bold little dogs bred to drive cattle. Though they can be strong willed they’re also obedient and have a surprisingly loud bark. The Pembroke stands 10 to 12 inches at the shoulder and weighs between 20 and 26 pounds.

Shih Tzu
This gentle little long haired dog resembles the Lhasa Apso. It has a long coat of somewhat coarse hair, a plumed tail and a face that, to dog fanciers, is supposed to resemble a chrysanthemum. This dog was beloved by the emperors of China. It stands 10 1/2 inches high and weighs between 10 and 16 pounds.

Boston Terrier
This usually black and white terrier is descended from dogs used to bait bulls. Now it is a lively and sweet tempered companion. It has a smushed in face, though its expression is less sorrowful than that of the pug, and large, erect bat ears. It stands 15 to 17 inches high and weighs between 10 and 25 pounds.

Pomeranian
This sweet-faced little dog is a type of spitz, which means it has a tail curled over its back. In this case, the fur of the tail is very long and harsh. The rest of the coat is also wonderfully fluffy and takes about three years to come into its full glory. Having originated in Germany, this dog is famous for its friendliness and devotion. It stands 8 to 11 inches high and weighs between 4 and 5 1/2 pounds. 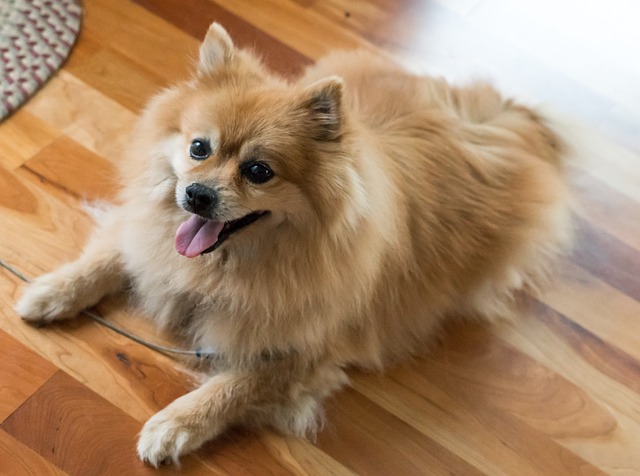 Chihuahua
Everyone knows the chihuahua, which is the smallest of the small dog breeds. It is a tiny but very bold and playful dog and can have a sort coat or a long coat with wavy fur. It has a round head, a short muzzle and huge, dark eyes. The dog originated in Mexico in the 1800s, stands only 6 to 9 inches high and weighs a dainty 2 to 6 pounds.

West Highland Terrier
Also called the West Highland White terrier, this little terrier has pure white fur, small, pointed ears and a short, erect tail. Its back feet are smaller than its front feet. The coat is thick and needs much grooming, but like other terriers, the Westie is assertive and likes action. Other popular small breed dogs are:

Tim is a Florida based Entrepreneur and Author. When he's not busy chasing around his 14 year old, he's caring for Snoop and Cookie. This blog is his outlet to help dumb down the often demanding journey of caring for dogs and help others.